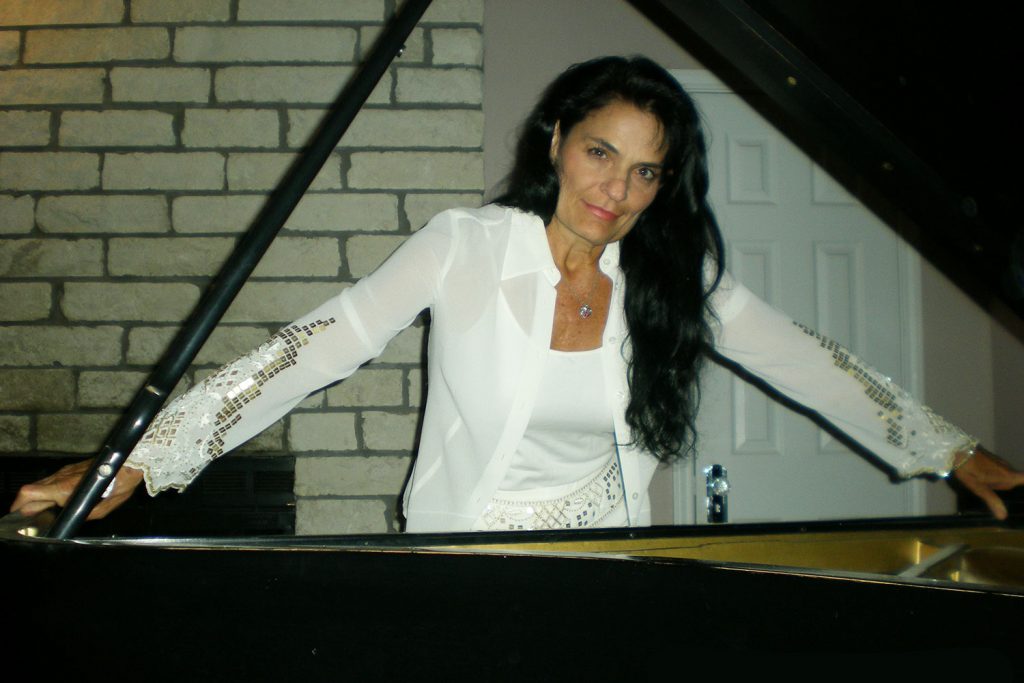 Lisa Thomas graduated with a Doctor of Musical Arts degree in piano performance from the University of North Texas, May 14, 2010. Her research and lecture recitals on American Classical Native Piano Repertoire and Indianist Piano Repertoire are awakening a new enthusiasm and interest in this music.  She has performed internationally in Varna, Bulgaria 2006 and Amalfi, Italy 2007 and in America for numerous organizations including several music teacher associations, culminating in the Texas Music Teachers’ State Convention in Arlington, Texas (June 2010), The Smithsonian’s National Museum of the American Indian and The Kennedy Center for the Performing Arts, Millennium Stage in Washington, D.C. (July 2010).

She has been especially devoted to this area of piano repertoire since her premiered new music of this category at Weill Recital Hall at Carnegie Hall (1995). You can read her reviews, list of numerous awards, scholarships, and performances at www.lisacherylthomas.com and purchase recordings at www.ivoryartists.org. Her outstanding teachers and training include Adam Wodnicki, Alfred Mouledous, Virginia Queen, Joseph Banowetz, Adele Marcus, Rocky Ridge Music Center in Estes Park, Colorado, and the University of Louisville, Kentucky preparatory music department. Lisa recently received a recording contract from the classical label, Toccata Classics in London to record the solo piano music of American composer, Arthur Farwell (1872-1952). The first CD was released in 2012, the 140th anniversary of the birth of, and the 60th anniversary of the death of Arthur Farwell. The second volume was released April 7, 2014.

Volume one received 5 excellent reviews. Volume two received outstanding reviews in International Record Review, June 2014, and Fanfare Magazine, September/October 2014, with a plea for a third volume. And yes, Lisa Thomas has recently recorded the third volume of Farwell’s solo piano music, which was released February 1, 2018, and includes his masterpiece one movement Piano Sonata. Dr. Thomas wrote the published extensive booklet notes for the three CD volumes, and has an article published in the National Museum of the American Indian magazine, summer 2010 issue, “Composers and Indians: The Search for a National Style Preserved Native Tradition.” Lisa has a busy performance schedule and also presents many lecture recitals. The third volume has just received an excellent review in Fanfare magazine September 2018 issue.

She was the center attraction for the Ruidoso, New Mexico concert series, Dec. 2014, and was featured in a live interview with Nancy Brunson on Dallas classical radio station WRR 101.1 FM on July 17th, 2014, 11:00 am, as part of a weeklong special series on North Texas Women Who Have Made a Difference in the Arts. Dr. Thomas is continuing her research with First Nation indigenous music and culture, giving presentations, and performances of solo piano and chamber music. Her most recent honors include: Fulbright Scholar January -May, 2017, receiving the Fulbright Visiting Research Chair in Arts and Humanities at the University of Alberta, Edmonton, Alberta, Canada, performing concerts, lecturing, and conducting research.

While in Edmonton, she was invited and performed a concert at The King’s University on Glenn Gould’s concert grand piano, March 31, 2017. During her main Fulbright tenure she also received the Fulbright Visiting Scholar Speakers Award, with a formal invitation from Brock University, St. Catharines, Ontario, Canada, April 2017, as well as being awarded the Fulbright Western Hemisphere Regional Travel Program grant, with formal invitations from the Institute of Culture in Cuzco, and the National Conservatory of Music in Lima Peru during April 2017. She performed formal concerts in each location and gave lecture presentations to composition, and musicology students and faculty in the music department, and to faculty in the Indigenous Studies department at the University of Alberta.

After returning from Peru, she presented and performed the Farwell Quintet April 26th, 2017 with members of the Edmonton Symphony Orchestra in a lecture, open rehearsal setting for students and faculty at the University of Alberta, and judged a student composition contest April 27th of original compositions based on authentic Indigenous melodies collected by ethnographers. In each Fulbright performance and lecture, she inspired students to continue the challenge put forth by Dvořák over a century ago, the challenge to composers to create a unique American concert idiom, based on America’s own rich Indigenous culture.​